Another Lions Springbok off to Europe 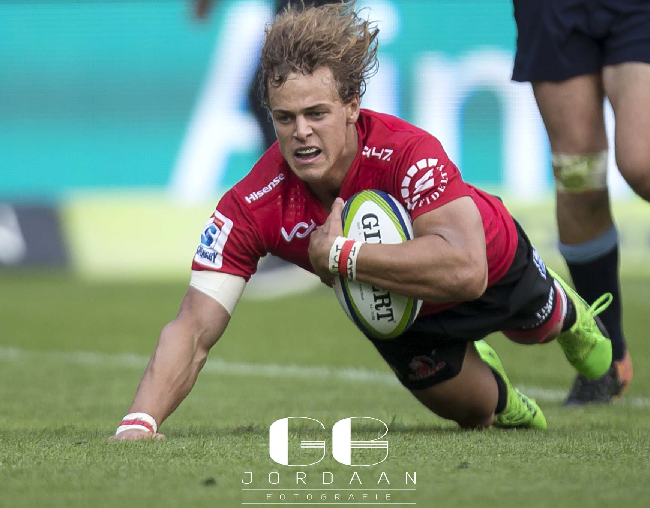 By Wim van der Berg
4 June - Another Lions Springbok is lost to the franchise that played in the last two Super Rugby finals ‒ and the depth of South African domestic rugby is thereby eroded even further with the increasing flow of players leaving for the greener overseas pastures.

The Lions Company’s legal battle is still on to keep the Lions captain Franco Mostert to his contract which ends at the end of October before he will be released to join Gloucester; Ruan Dreyer has been given the go-ahead to join Ruan Ackermann and Jaco Kriel at the club

And now another Springbok is on the verge of leaving the Lions.

Andries Coetzee (Photo by GB Jordaan) is on his way to the leading French club Toulon. The Springbok fullback has been disregarded by Springbok coach Rassie Erasmus for the upcoming series against England, and the lure of the Euro is an ever-increasing spiral of attraction as far as South Africa’s best players are concerned.

Coetzee played in all 13 the Springboks’ tests last year. He has 74 Super Rugby caps with the Lions and one with the Sharks and represented the Golden Lions in 42 matches.

This is REAL experience, the likes of which should not be lost to South African rugby.

Coetzee’s departure, and those of the others, is not about a loss of South Africa’s depth for international matches. It is, however, a great loss in the ideal to keep our franchises strong and the Currie Cup series still a competition to be proud of.

Add Raymond Rhule and his Stormers teammate JC Janse van Rensburg (awarded Bok colours although he never played for them) who also indicated their departure from our shores, and the reality is that South Africa’s domestic rugby quality will suffer.

Can it be halted? Unlikely. All overseas players including Springboks can be considered for internationals for the next two seasons, even if they have nog played in the mandatory 30 tests. And the British Pound was worth R16,91 and the exchange rate for the Euro was R14,79 on Monday morning.