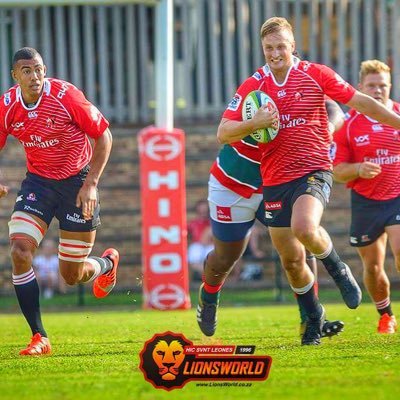 SA Rugby Championship final for their age group Bloemfontein in the main curtain-raiser to the Currie Cup final.

As their juniors did in the match before, they also beat Western Province. The score was 38-34.

The two sides were involved in a tight tussle as both tried hard to make their presence felt on attack and put their bodies on the line on defence.

This resulted in each team crossing the tryline only once in the first half and kicking two penalty goals. The successful conversion by the Johannesburg side, however, handed them a narrow 13-11 lead going into the break.

The second half was equally hard-fought as both teams found their rhythm on attack, which saw the Golden Lions score three tries to two by Western Province. The Lions’ final try, by their captain and centre Jarryd Sage, four minutes before the final whistle and an extra successful conversion by his midfield partner Shaun Reynolds, however, cancelled out an extra penalty goal by the Capetonians and secured the 38-34 victory for the side.