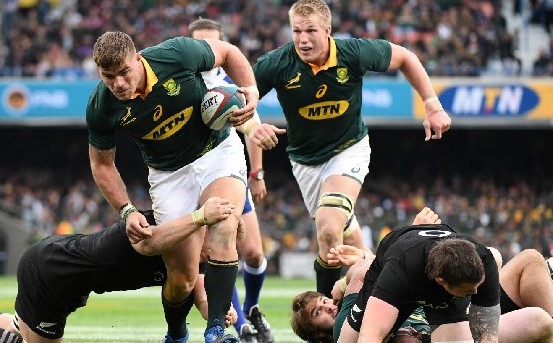 9 May - The Lions and Springbok hooker Malcolm Marx is set to miss the test against Wales and at least the first two tests against England next month.

The Lions Company announced in a media release on Wednesday that scans had revealed that Marx suffered a high-grade hamstring tendon tear.

While the extent of the injury does not require corrective surgery, Marx will need “at least six weeks" to recover, according to the statement.

Marx returned to South Africa from the Lions’ Australasian tour after leaving the field in the eighth minute of their match against the Hurricanes in Wellington last Saturday.

If he cannot play for six weeks, Marx will be ruled out of the first test of the year against Wales on 2 June, and at best also the matches against England on 9 and 16 June.

It would no doubt be a risk to play Marx in the third test the following week, just after the rather loosely phrased "six weeks". It is after all common knowledge that hamstring injuries often don’t stand the rigours of a too early return, and the Boks coaching team will be wary of this.