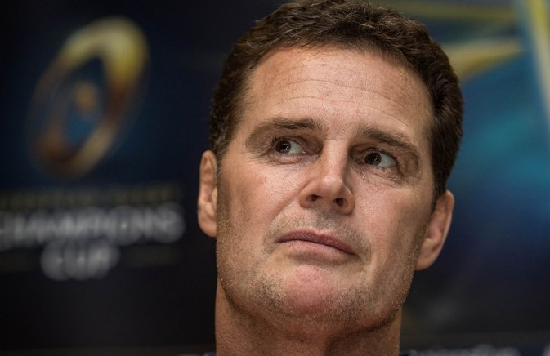 25 April - Rassie Erasmus, the SA Rugby Director of Rugby and Springbok coach, said on Wednesday he is very pleased with the outcome of the three Springbok alignment camps used to accelerate preparations for the forthcoming international rugby season.

The third and last four-day camp, featuring 15 players from the Sharks and one from the Cheetahs, concluded earlier on Wednesday in Durban.

A combined total of 34 players from the Bulls, Lions and Stormers attended two similar camps staged earlier this month in Vanderbijlpark.

Junior Springbok coaching staff members Chean Roux and Louis Koen were also present at the Durban camp alongside Sharks head coach, Robert du Preez, as well as other coaching and conditioning personnel of the Durban-based franchise.

Looking back at the three camps, Erasmus said they have proved to be an extremely productive and useful exercise.

“I am very satisfied with the amount of technical and tactical preparation we did. We wanted the opportunity to spend some time with the players and explain our technical and playing philosophy as we prepare for the international season,” explained Erasmus.

He also praised the franchises for making the camps a reality and for allowing their coaching personnel to attend the proceedings.

“The local franchise coaches spend the most time with their players during the Vodacom Super Rugby and Guinness PRO14 competitions, so to involve them in our preparation makes perfect sense.

“The away game against Wales in Washington and the first Test against England just a week later in Johannesburg mean we will have some interesting challenges to overcome, but we have planned for this and there will be no excuses,” Erasmus added.

The camps featured no on-field activities and all the sessions focussed exclusively on alignment to ensure a smooth transition from the franchises to the Springboks when the official national squad assemble at the end of May for the June internationals.

The Springboks kick off their international commitments with a clash against Wales in Washington DC on Saturday, 2 June. They then return home to face England in the Castle Lager Incoming Series, which will comprise of three Test matches.

Emirates Airline Park in Johannesburg host the series opener on 9 June, the second  takes place on 16 June at the Toyota Stadium in Bloemfontein and that will be followed by the final series encounter one week later at DHL Newlands in Cape Town.