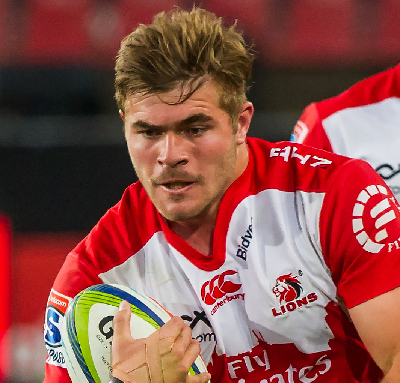 21 April - The Lions on Friday put one over their opposition when the Waratahs went into their match against the Johannesburg franchise a little over confident.

The final score in favour of the Lions was 29-0. With it they regaind the lead on the overall competition log, albeit it with a match more played.

The Waratahs were shocked by the defeat. Not only have the Waratahs performed well this season, but they must have been amused (and also bemused) by the Lions decision to travel to Australia and arrive in Sydney less than two days before the match in Sydney.

It was the first time that the Lions have won in Sydney since the inception of the Super Rugby competition in 2016 and their win made it 10 wins in their last 11 matches against Australian opposition.

Malcolm Marx, who went into this game as the competition's turnover king, was immense and he again robbed the opposition of a number of balls at the breakdown.

The big man had the Aussie commentators in awe with his performance which included a number of powerful linking runs.

If there is a better hooker in world rugby right now, it would be a real treat to see him in action!

The Lions play the Reds in Brisbane at 07:05 (SA time) on Saturday before heading to New Zealand.